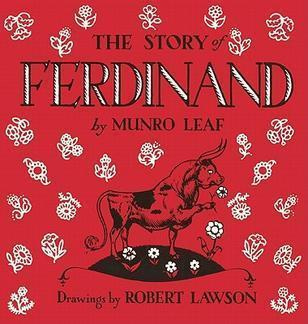 The loveable children's book character can teach you a valuable lesson in personal branding...

The story of Ferdinand The Bull, penned in 1936 by American author Munro Leaf, is an example of becoming famous by doing the complete opposite of everyone else.

Even when he is mistakenly assumed to be fierce (he reared up and ran around snorting when he was stung by a bee) and taken to the bullring, he still refused to fight.

This book was banned in Spain during the Franco years, the very country that regales the bullfight, because it was thought of as encouraging pacifist behaviour.

Even Adolf Hitler ordered the book be burned during WWII.

Australian Coastguards during the war used the codeword Ferdinand, to describe their duties - to quietly watch and learn, but always be ready to fight if prompted.

After the war, the book was prolifically distributed to children for free to encourage peace and has become a global favourite.

It even appeared in the Hollywood film, The Blind Side, where Sandra Bullocks character calls Michael Oher “Ferdinand” due to his reluctance to play hard on the football field.

This much loved story was recently retold as a new animated movie, staring WWE fighter John Cena as the voice of Ferdinand, and was released up against the blockbusting Star Wars brand.

Ironic really, that yet again Ferdinand did the opposite of everyone else.

Having a strong personal brand means you are prepared to have your own ideals, to make up your own mind and to not be afraid of standing up for what you believe in.

Even if that isn’t popular, or the way everyone else does things.

It’s not easy being different, but it’s easy to be noticed and seen when you are.

It's not easy to be different, but it's easy to be seen and noticed when you stand up for what you believe. 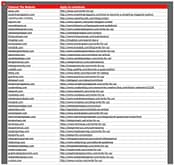