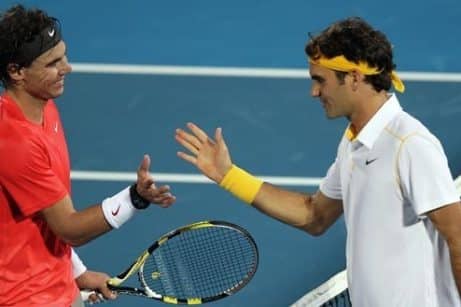 Regardless of the final outcome and winners of the Australian Open, there are some stand out personal tennis brands of the sport who have already won…

The old man of tennis, Federer at 35, is making a comeback and the crowds at the 2017 Australian Open love him for it!

The Stand Out Personal Brands of tennis have already won.

He has possibly the strongest personal brand in tennis with his authenticity and self effacing humour, absolute love for the game, skill and genuine interest in other players.

After six months on the sidelines recovering from a knee injury and not winning a major since 2012, he was due to fall out of the top 30 rankings if he couldn’t progress through the nightmare draw of top players.

His raw talent and skill is to be admired, but what makes this comeback so special is that he has become the oldest man to compete in a grand slam semi-final since Jimmy Connors back in 1991.

Of course Federer meets long time rival Rafa Nadal for the first Grand Slam final in more than 5 years, a match many are already calling historic. 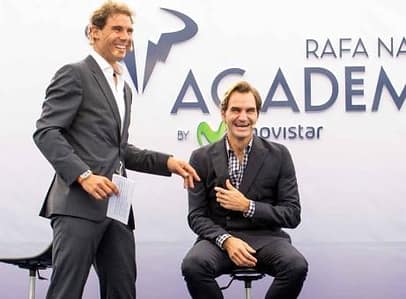 The two tennis superstars have played each other recently, at the opening of Rafa’s tennis academy in October, where they were booked to play an exhibition match, but instead could only play mini tennis with the kids due to their injuries.

The 2017 Australian Open is their first Grand Slam meeting since 2006, possibly the most famous comeback match ever.

And it’s not just the men that are making a comeback.

Older sister of the extraordinary Serena Williams, Venus has also made her comeback after battling Sjögrens Syndrome, an autoimmune disease which has caused her to radically change her diet and training regime.

She overcame back injury and re-entered the top 10 rankings last year and battled her way to her first Australian Open final since 2003.

The crowd were certainly on her side as they enjoyed watching her play in better health than they’ve seen her in years, to set up a Williams sisters final.

The real winner of the AUS Open is Mirjana Lucic-Baroni.

The most extraordinary comeback story of Croatian Mirjana Lucic-Baroni, may however be the real winner of the Australian Open.

2017 is the first time Lucic-Baroni has won a match at the Australian Open since 1998 and the first time she’s made the final four at a major since Wimbledon in 1999.

After setting numerous “youngest ever” records in the 90’s she’s been grinding it out on the ITF World circuit for a decade, then in 2014 she claimed a WTA Tour title and set the record for the longest gap between titles in the Open Era.

On making the semi-finals at this years Australian Open she said her achievement was “overwhelming” and that she “will never ever forget this day and the last couple of weeks. This has truly made my life, and everything bad that has happened, this makes it OK."

And she wasn’t just talking about her gruelling tennis journey.

As a teenager, she and her mother and four sisters escaped from her physically and mentally abusive father.

Allegedly she began playing tennis at just four years of age, hiding in the car when her older sister went to tennis classes and then sneaking into the lessons herself and despite ongoing personal and financial struggles, and the difficulty finding form in the game she loves, she’s been determined to continue and succeed.

There is no limit to greatness.

The 2017 Australian open is the first time in the Open era history that all 4 singles finalists are over the age of 30…another sign that there is no limit on your potential to greatness.

So what lessons can you take from these incredible tennis celebrity brand comeback stories for your own personal brand.

1) Be focused on what you want to be known for.
All of these players talked about their passion, purpose and vision. Make sure yours is totally clear and you remain focused on it.

2) Never give up.
It’s amazing how people think success comes easy to other people. They see the ‘overnight success’ not the years of slog to get there. You are going to have to work on your brand, and there will be times you want to give up. Just keep smashing it out!

3) Back yourself like a GrandSlam winner.
The only person you need to convince that you are good enough to succeed, is you. Monitor your self talk, read and listen to positive content, surround yourself with positive people and regularly remind yourself of how far you’ve come.

4) Setbacks are normal.
Oddly enough most people think the path to success is a straight upward trend. In reality there are dips and turns and total washouts in the road which will challenge and disrupt you. Embrace these times as they are adding flavour to your brand story.

Building your personal brand should bring you joy.

5) Enjoy it.
It’s totally ridiculous to build your brand, investing time, money and effort into something that does not excite you. If you are already dreading what you do or procrastinating and putting off specific activities, work out if you really have your brand strategy right or if it’s just a case of outsourcing the stuff you’re not naturally good at.

If you are creating a personal brand with your passion and purpose at the core, utilising all of your soft skills and natural talents, it will be tough but it should bring you joy.