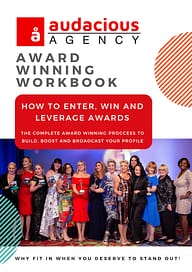 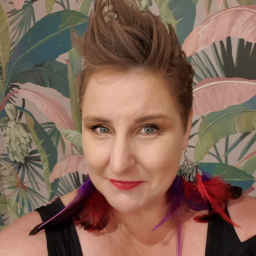 Drive down almost any suburban street in Australia and chances are, behind the closed doors, there is a woman running a business.

Amidst the hurly-burly of domestic life, family, friends and all the other demands, women are flocking to business like never before… almost 35 per cent of all business in Australia are run by women.

Yet, despite the successes, the innovations, and the achievements of women in business across all industries and niches, there are pesky myths rearing their ugly head that persist in trying to keep a good woman down.

The thing with myths is they become fact. You hear them parroted back over lunchtime conversations, spread through posts on social media and reinforced in women’s self-talk.

These myths are not serving women well over the overall business community.

It is time to smash a few of these myths and get on with doing business.

Multi-tasking is seen as a woman’s superpower. Women are notorious for juggling kids, domestic duties, caring for ageing parents, studying, working and running a business, all on the fumes of an oily rag. It has become a badge of pride, but this ‘skill’ is not serving them well.

Hayley Birtles-Eades, boss lady of beinc, says no way. “It’s a fallacy. Multiskilling puts pressure on women to do everything themselves … and we celebrate this. But so many women are not doing well trying to multitask in business and when they burnout or get overwhelmed, feel they are lacking. That doesn’t serve us well,” she said. “Behind the scenes, women are exhausted and dropping the ball because they have too much on their plate.”

Hayley believes to grow a successful business; the key is to delegate and outsource. “That’s smarter business. You cannot build a million-dollar business by yourself; it takes teamwork. Women need a machine behind them. Yes, it starts from the vision of one person and their drive to bring it to life, but magic happens when you embrace partnerships and let people who have helped you.”

Bestselling author and entrepreneur Pinky Mckay has been in meetings with men, particularly older men, who when it comes time to decide, ask her if she should consult with her management team.

“The expectation is there’s a man behind the scenes pulling the strings and managing the business,” she said. “Here I am, an older woman running a highly successful business and they’re astounded I know stuff.”

The myth women need a male manager or a man behind the scenes is antiquated and insulting. There’re thousands of women running multi-million-dollar businesses and companies smashing this myth wide open.

In the land of employment this may still be true but when it comes to women in business, they’ve more control than their employed counterparts over the hours they work and the amount of money they earn.

When you run your own race, you set the pricing, you dictate the terms of work and you can determine who you do and don’t want to work with. Business coach Anthea Horvat said 70 per cent of her coaching clients are female.

“Of that 70 per cent, 80 per cent are the primary breadwinner in their household even though their husbands have jobs/income,” she said.

“Women are embracing owning their own business because it suits them well; they’re organised, hardworking, committed and seek help. Women are reaping the rewards in ways they never could in a job.” This means they are earning more.

Women are bitchy to each other

Here’s a challenge for you. Go onto Facebook and search for ‘women in business’ groups and events. There are hundreds of groups supporting women, PR specialist Jules Brooke said it is a misnomer that women in business are horrible to each other.

“In small business land, it’s not as cutthroat. In my 25 years of running a business, I have found women are supportive of each other, generous and giving. I rarely see the nastiness. Amongst female founders, it is like an unspoken code of ethics that we support each other,” she said.

“We experts at connecting, collaborating and networking.”

If you are looking for support, join a Facebook group or look for lunch meeting.

Sadly, this one is true. CEO of Street Science, a STEM edutainment company, Kim Liddell said when kids are asked to draw a scientist, they draw a man. “Over 70 per cent will draw a male figure. Children do not think women work in science,” she said.

“To change this there needs to be more education about women in STEM and more female role models.”

There have been many women making an impact in the sciences, but it’s been the men who get the kudos. Think Rosalind Franklin who was a lead in the discovery of DNA, but she didn’t get a Nobel Peace Award nom. Or mathematician Katheryn Johnson, one of the ‘stars’ of Hidden Figures – who did crucial work for NASA for the Apollo 11 landing. Neil Armstrong got the credit for the well-calculated trajectory.

Women are more emotional or irrational than men

If a woman is angry or cries, laughs off harassment or swallows disappointment, they are often told to stop being emotional because apparently it is a weakness. But when a man is being emotional, he is passionate, yet a woman is unprofessional. This is myth that lingers but is not fair or true. Human beings have emotions – men and women.

Both sexes express their emotions, albeit differently. SourceBottle founder Bec Derrington said women are no less capable of controlling their emotions in a professional setting.

“How a woman expresses herself doesn’t impact her decision-making ability. Women are multi-dimensional in the way they think and in fact, our high emotional intelligence – the way we network, collaborate and connect – doesn’t work against us,” she said.

Ah… you can. Fiona Kesby, of Go-VA which has over 400 staff, is sometimes mistaken as the receptionist not the CEO when she answers her phone. “Some find it hard to believe that I can be an effective CEO, a woman and a mother,” she said.

"It’s almost like you can’t be both or be good at both. To be good at both means learning how to outsource and value your time. Having both is about putting structures in place.” Fiona said you can do and be both.

“There’s a perception that women are not giving motherhood if they are travelling for work or working long hours. It is not true and if we buy into ‘it takes a village to raise a child’, and we focus on raising adults, then we can do both.”

Annette Densham is an international award-winning publicity expert with a 30 plus year career in newspapers – The Australian, Financial Review, and Daily Telegraph, magazines (print and digital) and corporate communications. She uses her expertise to teach small business people how to use their stories to connect with the world and build influential brands.

Annette is also a stand-up comedian, and as an author, trainer, mentor and speaker, she weaves her story magic everywhere.